Nevada saw a significant spike in the overall interest in STEM (Science, Technology, Engineering and Math) fields based on information released today by the ACT. According to 2016 assessment results, 12,938 Nevada students showed interest in STEM compared to just 4,810 in 2015.

“The State Board of Education adopted the ACT as a graduation requirement for all juniors because it wanted a clearer picture of whether our students were ready for and interested in 21st century jobs,” said Steve Canavero, Ph.D., Superintendent of Public Instruction. “Today’s results show us that our students do aspire to these high wage and high growth industry sectors. Now it is incumbent upon all of us to ensure that we are creating a college and career ready culture in our schools that prepare all of our students with the skills they need to thrive in those jobs.”

Nevada is one of 15 states that require its students to take the ACT in order to graduate from high school. STEM focuses on occupations and majors in the key areas of Science, Computer Science and Mathematics, Medical and Health, and Engineering and Technology.

The ACT published its national STEM report today at www.act.org

Student interest in STEM increased dramatically from 2015 in all majors and occupations in 2016:

“What these numbers tell me is that more students are discovering they have the skills to pursue exciting professions in STEM fields,” Canavero said. “Prior to the ACT being given to all of our students, many of them may not have known this was a possibility. More students interested in STEM is an indicator that Nevada will become the fastest improving state in the nation in education.”

In spite of the increased interest in STEM fields by Nevada students, the percentage of students interested in STEM fell from 52 to 40 percent this year. The percentage drop is attributed the dramatic increase in students taking the ACT after it became a high school graduation requirement in Nevada. Only 13 percent of Nevada’s STEM students met the ACT STEM college readiness benchmark score of 26 that is derived from the ACT mathematics and science scores. Nationally, only 20 percent of students met that benchmark and were ready for first-year STEM college courses. Meeting the benchmark is an indicator of typical grades in first-year college STEM courses (calculus, general biology, general chemistry and physics). The ACT determined that students meeting the benchmark have a 50 percent chance of earning a B or higher and 75 percent of earning a C in those courses. Minnesota had the highest score of 30 percent meeting the STEM benchmark among the 18 states that had 100 percent participation in the ACT while Mississippi was the lowest at 10. 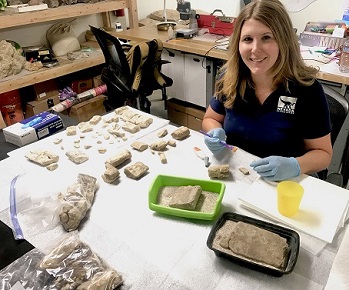 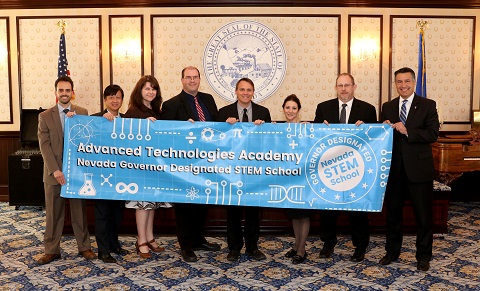